Not too long ago we got to see a true guru in action when we hosted Tsurusaki-san and his friends from Japan in Rompin.
For those who are not familiar with this name, Tsurusaki-san is a legend of sorts in his home country. One of the pioneers of modern sportfishing in Japan, Tsurusaki-san has come a long way since he designed the first ever GT lure 24 years ago - the Surface Cruiser, when he then headed the lure development department at Yo-zuri.
Since leaving Yo-zuri, he has worked with various brands including starting a few of his own. At its height, Atelier GL was famous for its Tsuru-jig and Tsuru-pop, and yes you'd probably figured out where the name came from. He is also the designer of the widely popular Javeline series jig for Evergreen, a company for which he was been a tester for the longest time, along with Daiwa.
Today apart from lecturing at a Japanese Fishing Academy, Tsurusaki-san is busy creating cutting edge products for his latest brainchild - FCL LABO. Which sees him in Rompin with some of his students testing out some new un-named lures and a new series of rods which are bound for production.
Fishing was uncharacteristically slow but his skill and talent shone through as he managed to tease a few lethargic sails into falling for some plastic. The new 7'2 light pop rod worked magically as intended, taming the few sails in short time. With the calm sea-state, one lure came out tops in terms of naturalistic presentation and that was the CSP in 60gm guise.
To witness this master weave his magic was an experience in itself and I was happy to just kick back and observe. Here's a photo-log of just one of the few sails he landed... 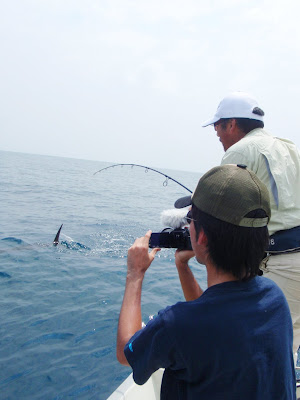 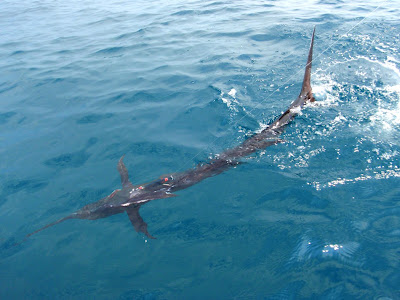 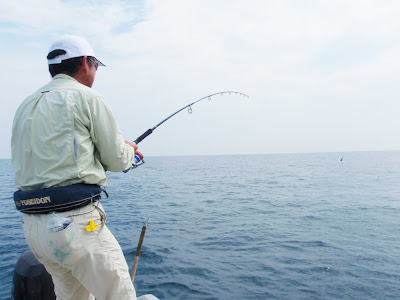 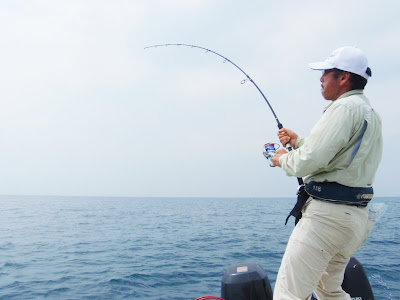 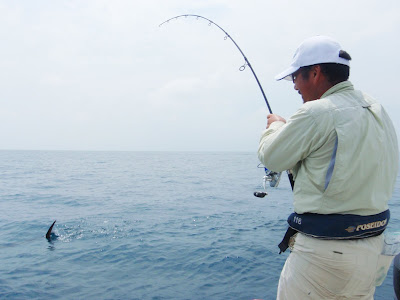 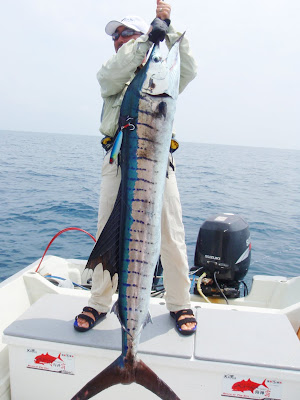 Posted by tacklesource at 9:13 PM