Been spending a few days getting re-acquainted with the local freshwater bullies. There were a few good lures which proved their worth by scoring some fish before eventually being confiscated by bigger, meaner residents! 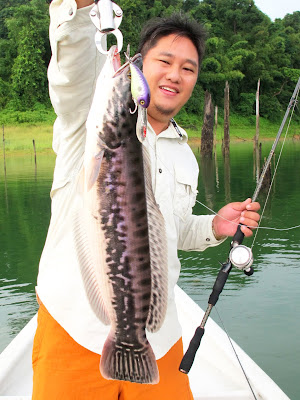 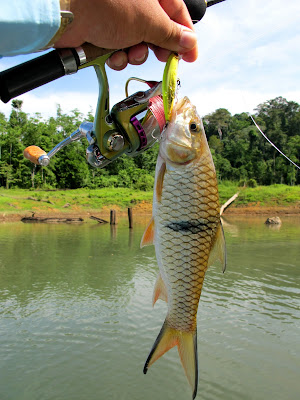 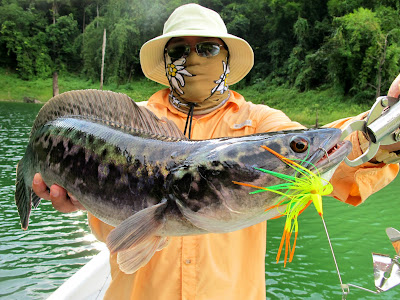 Snakehead lure of the trip was Evergreen Bubble Tornado
It was also later lost to a bigger fish! 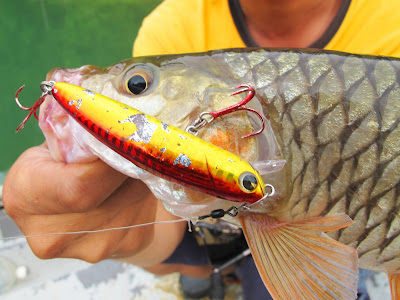 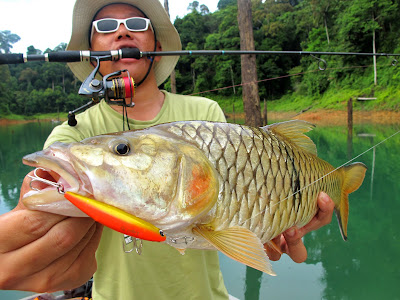 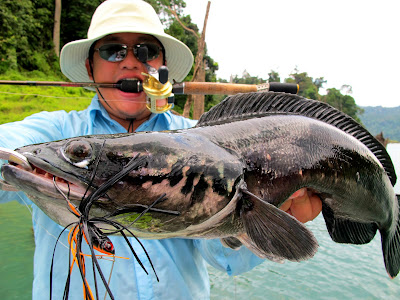 Another Snakehead on Evergreen Bubble Tornado
The surface takes were incredible!
Posted by tacklesource at 1:16 AM