This story was written as a field report for the DUO company website
http://duo-inc.co.jp/en/fieldreport/world/

Unlike countries like Japan, we are blessed to have a few indigenous freshwater predatory fish species to cast a lure at. However, like most others, anglers are not to be satisfied easily. So over time we have seen an influx of imported species in our waterways. Some have appeared through aquaria, others for food and yet more specifically to satiate the curiosity of the angler. This fish is one such.

The South American Pacu, Nutcracker, or Tambaqui is a gregarious omnivore that has found an audience in the form of stocked pond operators and goers alike. Not the best table fish, this specie was first found in aquarium shops but later found favour amongst anglers for their tough-as-nails fighting ability. Not an exaggeration, the fish has been termed the 'freshwater GT' and rightly so.

The Pacu isn't a fussy feeder and will readily take most baits. The most common form of fishing for them involves the use of dough-based or vegetable matter baits, sometimes the use of animal meat or guts too. However, as a lure proposition it gets abit tougher. These fish, with their relatively small mouths that are lined with crushing dentures, are designed more as grazers and pickers. Not hunters.

However, given the right opportunities, Pacu wouldn't pass on an easy meal of live fish or shrimp. Anglers just need to know the right presentations to achieve that hallowed hook up. Locally there are ponds that are stocked regularly but some others aren't. In the latter the fish are caught and released on a regular basis, making them the smartest fish you'll ever encounter.

Many anglers do not bother with these locales for the fear of going home empty, which happens more often than not. In these lakes though, the fish have a chance to grow to proportions that pose a formidable challenge even for the best, most determined anglers. This is where the right lures come into play.

When the chance arose, we made a visit to one such pond. It was an opportunity to get away for half a day. If anything, the serenity consumes you and helps clear the mind. Armed with rod in hand, and a few little lures, we head to the water. The trick with these ultra finicky fish is presentation. Every little detail counts. Highly tuned small lures with select sink rate, tied onto light leader and line and cast with the lightest of outfits. There is no two ways.

When stalking these highly vary fish, even atmospheric noise is an issue. Stealth is key. And so we thread lightly. I snap on a Tetra Works Ebikko in its stealthiest hue - transparent! This lure has the perfect fall, it will work well. Two casts in an unspooked corner as the morning mist hung above, was all it took. Strike, and all hell breaks loose on the ultralight Majorcraft Troutino outfit. The reel screeches for a few long seconds, and then it goes limp. The hooks had pulled. Every fish in the vacinity had scampered and all we were left with was a crushed Ebikko. Literally crushed, as illustrated in the photo herewith. Not named the Nutcracker for nothing, the species possess jaws lined with human-like teeth that are capable of crushing open rubber seeds that fall into the water. They do the same to lures, so oftentimes decapitated lures and mangled hooks are the result.

With the corner well and truly spooked we move to find greener pastures. These fish congregate in small droves and like most fish are inclined towards structure. Any indentations in the lake bed would serve as a great hold as well, and it was at one such point where a cast ToTo was taken within a few cranks of the handle. 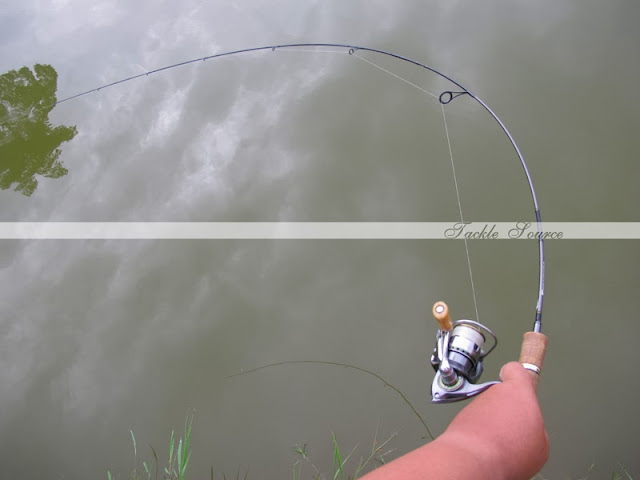 The runs are truly stuff to behold. Clearing a good chunk from the spool on the easy drag, the screaming reel begged for mercy. There is a total lack of control with Pacu on light gear on its first couple of runs. If you survive this and are able to slow the fight down, it then settles into a slug-fest with the dogged fish using all of its flat-sided body to its best effect.

This fish did all the right things and stayed out wide, but with some coaxing we eventually get it within range but the fight is hardly over. It takes a few good minutes of further coaxing before we finally get a lip shot with the grip and haul in onshore. This fish is just full of stamina. The small ToTo lure is pinned outside the crushing jaws and only held by one point of the treble. We were lucky it stayed on throughout the enduring fight, much helped by the subtle settings on the ultralight set up. 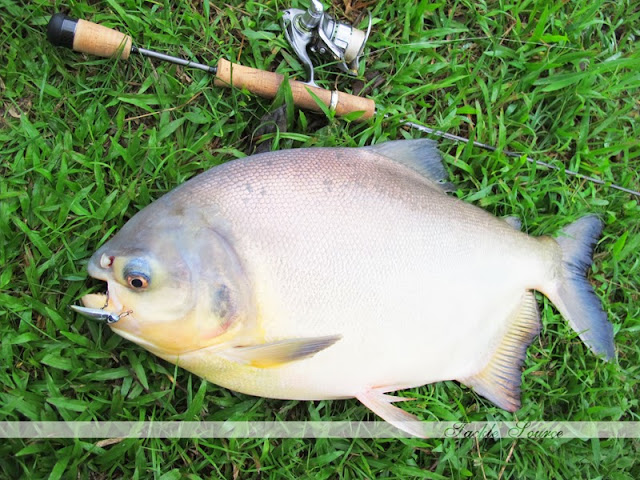 This Pacu was a hefty fish, big and bulky and extremely well conditioned. At this size, they would've been around the block so are a challenge to fool. But on this morning we get lucky and score a fine appointment with one of the true freshwater greats. The ToTo is gently removed and the fish slipped back into the water slowly. Its exit is far from subtle, as it beats a hasty retreat with one big splash of the tail and wets the angler quite thoroughly. More than satisfied with the capture complete with ensuing baptism, the day suddenly seems so much brighter. 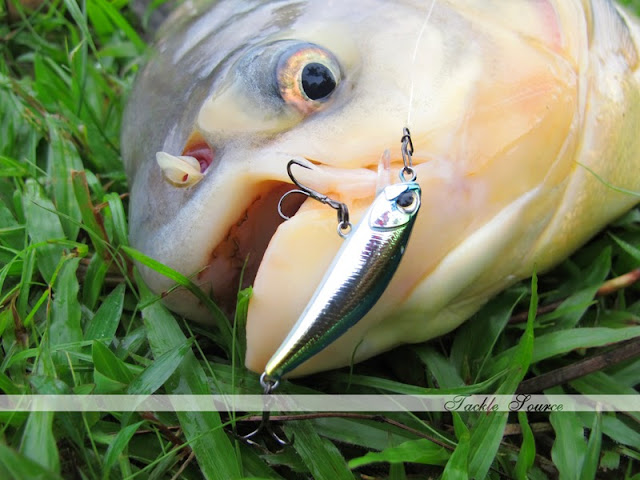 We leave the rest for another day and call it quits on the short session. The Tetra Works ToTo did its job, and what a job it was!

For enquiries please email
tacklesource@live.com﻿
Posted by tacklesource at 7:50 PM