As city dwelling fishermen, at every opportunity we'd race off into the wilderness in search of the lure-munching finned variety. But not everyone is so lucky. The hectic lifestyle mean trips as such do not happen often enough.

The only consolation come in the form of stock lakes and ponds, and possibly a few undisturbed waterways that offer keen anglers some casting time. Anglers who visit these places do not hope for much more than some time away to relax. Catching fish becomes secondary, only because you almost expect to catch none.

In recent times we've seen an influx of the South American Peacock Bass via the aquarium trade and also some enthusiastic anglers who'd take matters into their own hands. These gregarious feeders do much damage to the local fauna but have also done much for the ailing fishing fraternity in the region. They become the basis for much lure fishing and are the perfect specie to aid in the introduction of the discipline to a newbie. Ever willing and overly aggressive in nature, once found they can be a pretty easy target.

However, even the Peacock Bass isn't exempt from the greed and pilferidge of the general population and numbers have also suffered where ever accessibility to their habitat is easy. As such, within city confines angling for these fish takes some skill and persistence.

One damp morning saw us negotiating a typical water-front neighbourhood to wet a line. Set upon a picturesque lake, these houses are home to some lucky individuals. For us it set the backdrop for an urban Peacock hunt. It was to be a really short session just on daybreak, some of us had to report to work in a couple of hours. Nothing like a few casts to cure the perpetual itch.

The natural quarry for these smart but hungry Bass were a local minnow-like baitfish, long and slender and no more than a couple of inches at most. They'd bust them out of the weedbeds in packs and pick off the panic-stricken individuals. Naturally these weedbeds, along with bankside vegetation, were where we were going to have must luck with our lures.

Armed with ultralight gear to work small lures effectively, we'd scour the banks on foot, casting at likely spots. Like most predatory fish the young Peacock Bass are the least vary, and are capable of quick bursts of speed making them curious little customers that are often first on the scene. Juveniles can be a nuisance when the real trophies are the more cautious adults, and getting past them can be difficult at times. 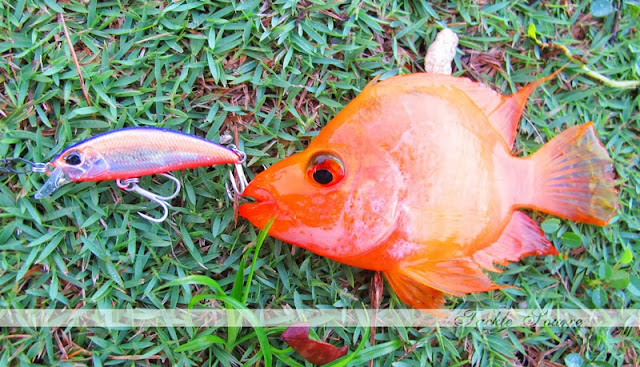 These areas do see a bombardment of lures as there aren't many other places for keen fishos to go. The larger fish are often released but do learn what NOT to go for next time they see a lure swim past. Apart from a few tiddlers that were fooled by the slinky ToTo jerkbait, there wasn't much to show for our efforts. We'd tried all the likely weedbeds for nought, there were some tall cattails bankside and they presented perfect ambush points for predators. We'd peppered them with jerkbaits and plastics but were left wanting. 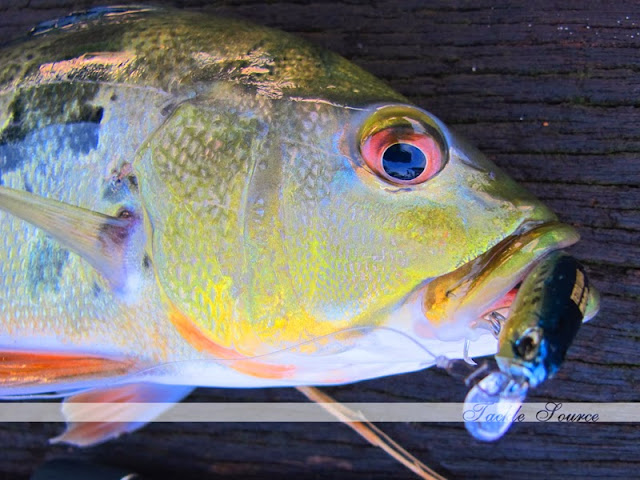 Half given up, it was until a shout from a mate that got us excited again. We rushed to his aid, in time to help land a decent Peacock Bass - definitely the trophy for the day. Earlier, I had passed out a couple of the relatively new Realis Popper 64s for the guys to try out, and this one had paid dividends. Working the lure tight against the tall bankside grass, the Popper was grabbed off the surface with a big splash as it exited the cover. It was a textbook ambush attempt, but one that didn't pay off this time for this fine fish. 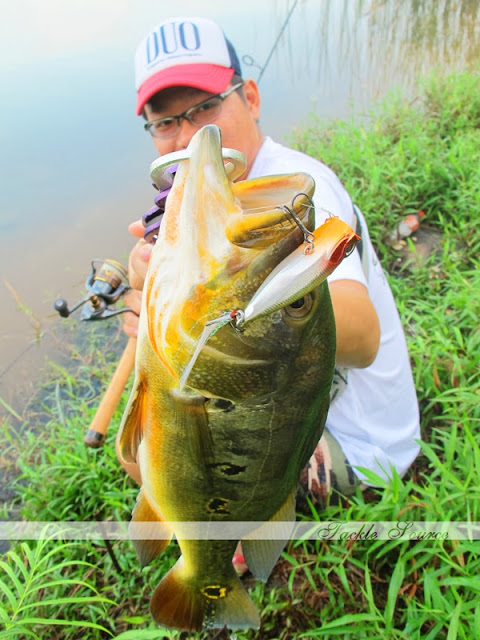 A few quick pictures and it swam off none the worse for wear. We'd had our little joy and so it was time to pack our gear and draw the curtains to this short session. The Realis Popper 64 had delivered the goods when the whole morning had been slow. Worked with short, quick flicks creating the sharp bloops, it is a fish-calling extraordinaire. Topwater opportunities aren't commonplace for us, and ironically it worked here at this highly stressed fishery.

Says alot about the Realis Popper. 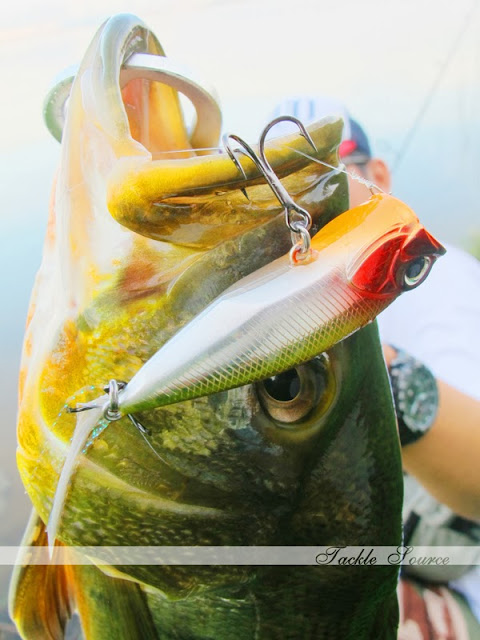 For enquiries please email
tacklesource@live.com
﻿
Posted by tacklesource at 7:04 PM